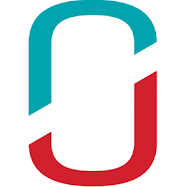 Emmanuel High School first opened its doors to 38 students enrolled in Grades 7 and 8 in September 1975. The school was located in the former Surrey Gardens Elementary School, which belonged to the then Protestant School Board of Montreal. An additional grade was formed and admitted each consecutive year, until the first year of graduates obtained their diplomas in 1979.

Once the High School was established, parents began to ask for the elementary grades to be added. In September 1981 a Kindergarten and Grades 1 and 2 classes became available, followed by Grades 3 and 4 in September 1982. Grades 5 and 6 were added in September 1983 until a complete school, from Kindergarten through to Secondary 5 was formed.

In 1991, the school moved out of the premises it had rented for 16 years in Dorval in search of a permanent location. For two years, the school was located in temporary quarters on Gouin Boulevard in Pierrefonds.

Finally, in 1993, Emmanuel Christian School found a suitable new home for its vibrant school community. After many renovations and much anticipation, the school moved in, appropriately, on Thanksgiving weekend into its current building on Boulevard St-Jean in Dollard-des-Ormeaux.

Fall 2015 marked the 40th anniversary of Emmanuel Christian School. We celebrated forty years of quality, Christ centered education enjoyed by generations of students past and present.

As we look back at our history and all the accomplishments so far, we also eagerly anticipate the exciting journey ahead. Our aim is to continue providing excellent academics and opportunities for spiritual growth to generations of students to come. We hope to achieve this goal through our continuous commitment to quality, innovation and excellence in everything that we do.